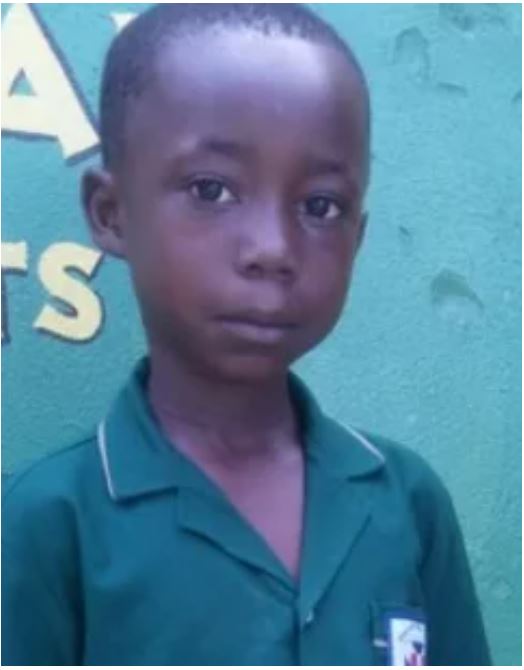 Raymond is 7 years old. He has never been to school, though he can count to a hundred. He is brilliant and sharp in grasping the things he hears. He wants to be a pilot and spends most of his day practicing with his little toy.

He does not want to play football, “because pilots have to be focused all the time”. He is intent on what he wants to do and be in the future. He desperately wanted to go to school to fulfil his dreams of becoming a pilot. We have secured sponsorship for Raymond to start school in September 2016.

Raymond was enrolled in summer school, and he could not contain his excitement on the first day at school. On entering the school premises for the first time with his guardian, he asked her to wait a moment before entering his class.

He put his bag down, jumped up and let out a loud scream: “I am in school!” Raymond has settled in quickly with his peers, and he is looking forward to “start properly” in September when the academic year begins.

Raymond started the academic year in high spirits this September. He is so happy and has fitted in well with his peers. He is grateful for the opportunity given to him to go to school.

Raymond has nearly completed the academic year. His performance is excellent! He has really shown through.